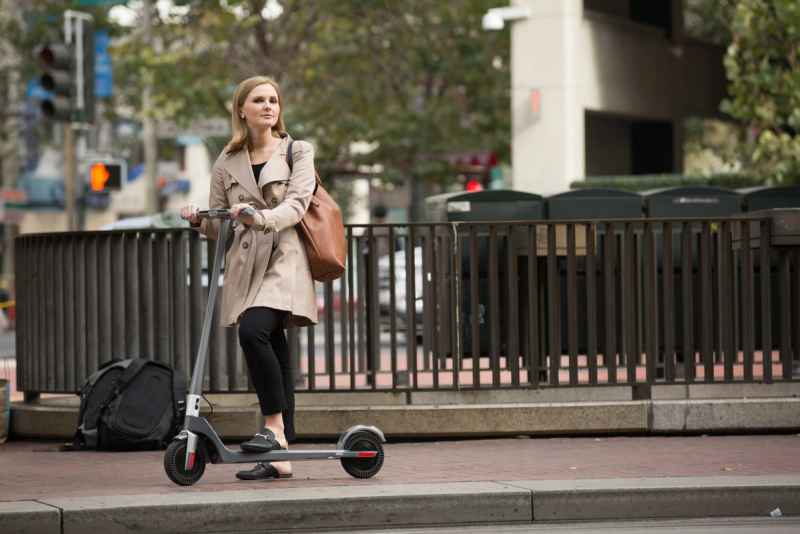 You’ve seen them all over your city’s streets, and everyone who rides one looks absolutely thrilled. So, why haven’t you picked up your own folding electric scooter yet? Maybe you’re worried about whether e-scooters require a driver’s license, or a specialized license like motorcycles? Maybe you don’t have a driver’s license. Can you still ride an electric scooter, shared or otherwise?

As with most such questions, the answer is “it depends,” but in many cases it’s “yes!” This is actually one of the special benefits of micromobility as a mode of transportation, especially with regard to cities that seek to equitably provide transportation for all and optimize for effectively moving people through our world, instead of cars. Whether or not you’ll need a driver’s license depends primarily on where you’ll be riding your scooter. Every state in the U.S. and many countries and regions in the world have found their own way to define the legal parameters for electric scooters, a form of transportation that didn’t exist as a viable option just a few short years ago. While e-scooter laws around the U.S. are becoming somewhat more standardized, there are still a number of differences from state to state.

First, we need to define what we mean by motorized electric scooter. The term can mean a number of things, from folding scooters like Unagi’s Model One to two-wheeled seated scooters that are more moped-like and have more powerful motors and larger batteries. For the purposes of California law, a “motorized scooter” is defined as “any two-wheeled device that has handlebars, has a floorboard that is designed to be stood upon when riding, and is powered by an electric motor.” Other small motorized vehicles are classed as motorcycles, mopeds, or motorized bicycles, depending on their construction, weight, and motor size. The answer, on the whole, is no, you will not need a license to ride a scooter in the U.S.

Many states classify electric scooters with electric bicycles, which do not require a driver’s license to operate. Some localities classify scooters with mopeds and other street legal vehicles that do require a valid driver’s license to operate. To cover their bases, share companies like Bird and Lime generally require that their riders be at least 18 years of age and have a valid license, but these are company policies, not state or federal law. In the state of New York, electric scooters can be ridden on roads and bike lanes if they have a top speed of no more than 20 mph. Scooters are categorized as Class C vehicles and riders are not required to have a driver’s license to operate them. The law makes e-scooters a particularly convenient choice for New Yorkers, many of whom do not drive and have no reason to get a driver’s license.

Outside of California, U.S. states generally do not require a driver’s license to operate an electric scooter, but as with all such legal questions, it is wise to check your local state and city laws before you purchase or lease a scooter of your own.

Elsewhere in the world, laws can also vary widely.

The UK has only just begun trials for electric scooters on city streets. Riders can rent shared scooters but cannot yet ride private scooters on public roads. Electric scooters are classified as motor vehicles, and so all riders must have a valid driver’s license and be over the age of 16 to ride them.

Australia’s laws vary by state and territory. In both Queensland and Victoria, you will need a license to ride an electric scooter.

Scooter laws in Japan are strict: In addition to license plates, insurance, and registration, scooter riders must also have a valid motorcycle license.

Canada’s scooter laws vary by province, state, and city. In most provinces, you can ride an electric scooter without a license, though minimum age requirements apply, but some places do require a driver’s license. The laws around electric scooter riding are constantly evolving. At least in the U.S. (California excepted), the answer to the question ”do you need a driver’s license to ride an electric scooter?” is, “no, you don’t.” But that answer can depend on how each state and locality defines an electric scooter, and it can change from one legislative session to the next. To be on the safe side, always check your local laws to be sure.

The positive news for prospective and existing Unagi riders is that over the first 3 years of the meteoric rise of folding electric scooters in the world, regulatory bodies seem to have been shifting toward regulating small forms of micromobility (like scooters) differently than larger vehicles like mopeds and motorcycles. Governments love how they aid to achieve equitable transportation goals (since many cannot afford a car, gas, parking, and auto insurance), as well as drastically reduce carbon footprints with vehicles that are human-sized and electric. And they’re easier to operate and straight up fun.

“Is my scooter legal?” is a question many are increasingly asking. The micromobility industry is one of the fastest-growing and most exciting in the world—with promises for...in addition to abundances of the basics of time and money savings. And with this pace of innovation comes a struggle for regulation to keep up.

Are electric scooters easy to ride?

It might be a little bit of a generalization, but for most people, electric scooters are very easy to ride. They’re lightweight, have a low center of gravity, and usually feature some form of suspension, making them comfortable and fun to ride.

How To Maximize Your Electric Scooters Battery Life

Whether your battery is brand new or has already exceeded 500 cycles, taking proper care of it will help you get the most out of your e-scooter. So let's dive in.

*Disclaimer: Unagi, INC. has used best efforts, but does not in any manner guarantee the accuracy of the below findings regarding electric scooter laws in the United States or internationally. Electric scooter riders or those considering to purchase or begin…

It’s beyond question that we must drastically reduce carbon emissions in the coming years to head off the worst effects of climate change. How we do that has been a matter of considerably drawn-out debate. As individuals, it can be…

Do You Need Insurance for an Electric Scooter?

The electric scooter boom has come with some highly publicized fears about scooter safety. Some of these concerns are justified. Nearly all studies have shown that scooters face the same dangers that bikes do, in addition to them being less…

Can You Ride an Electric Scooter on the Road?

New modes of transportation have been popping up all over the place thanks to incredible developments in lithium-ion battery and electric motor technology. These include electric bikes, innovative modern electric scooters like Unagi, as well as the shared scooters clustered…

Do You Need a License to Ride an Electric Scooter?

You’ve seen them all over your city’s streets, and everyone who rides one looks absolutely thrilled. So, why haven’t you picked up your own folding electric scooter yet? Maybe you’re worried about whether e-scooters require a driver’s license, or a…

Can You Ride an Electric Scooter on the Sidewalk?

It’s a reasonable question to ask. After all, it seems like the safer option. Can you, and should you, ride an electric scooter on the sidewalk? In many cases, the answer is no: you cannot. Story after story in electric…

Are Electric Scooters Legal in the UK?

The electric scooter market, like virtually every other industry, has experienced some dramatic ups and downs in 2020. In March, for example, as the coronavirus spread uncontained, The Verge reported that in dozens of cities around the world, share companies…

Why Electric Scooters Are a Must Have for Commuters

Micromobility is the “future of urban transportation,” analysts write in an extensive report from Deloitte, and electric scooters lead the way: “Adoption rates during their short time on the market have been impressive, surpassing that seen by popular ride-hailing applications…

Are Electric Scooters Legal in NYC?

It finally happened, and not a moment too soon. New York has legalized e-bikes and e-scooters statewide in an agreement reached in April during the last legislative session. This is great news for commuters, students, delivery workers, and all New…

Public Transportation in a Post-COVID World

In only a few short months, the current pandemic has changed the way we do nearly everything, from getting to work to gathering (or not) in public. Fears of the virus multiply when it comes to public transportation. Public transit…

Can You Ride an Electric Scooter in the Rain?

Can You Bring an Electric Scooter on a Plane?

Wondering whether you can take your electric scooter on an airplane? As with all things air travel-related the answer should be simple, right? As you might expect, it’s not—or not entirely—but the short answer is no, you cannot take most…

As cities become more crowded and traffic worsens by the year, the old ways of commuting have become increasingly unsustainable. So, is it worth buying yourself an electric scooter?

How Fast Can Electric Scooters Go?

How Fast Do Electric Scooters Go Step aside, skateboards, electric bikes, and mopeds.  These days electric scooters are so ubiquitous, you can hardly pass by your neighborhood coffee shop, ATM, or happy hour hotspot without encountering one (or a few).…