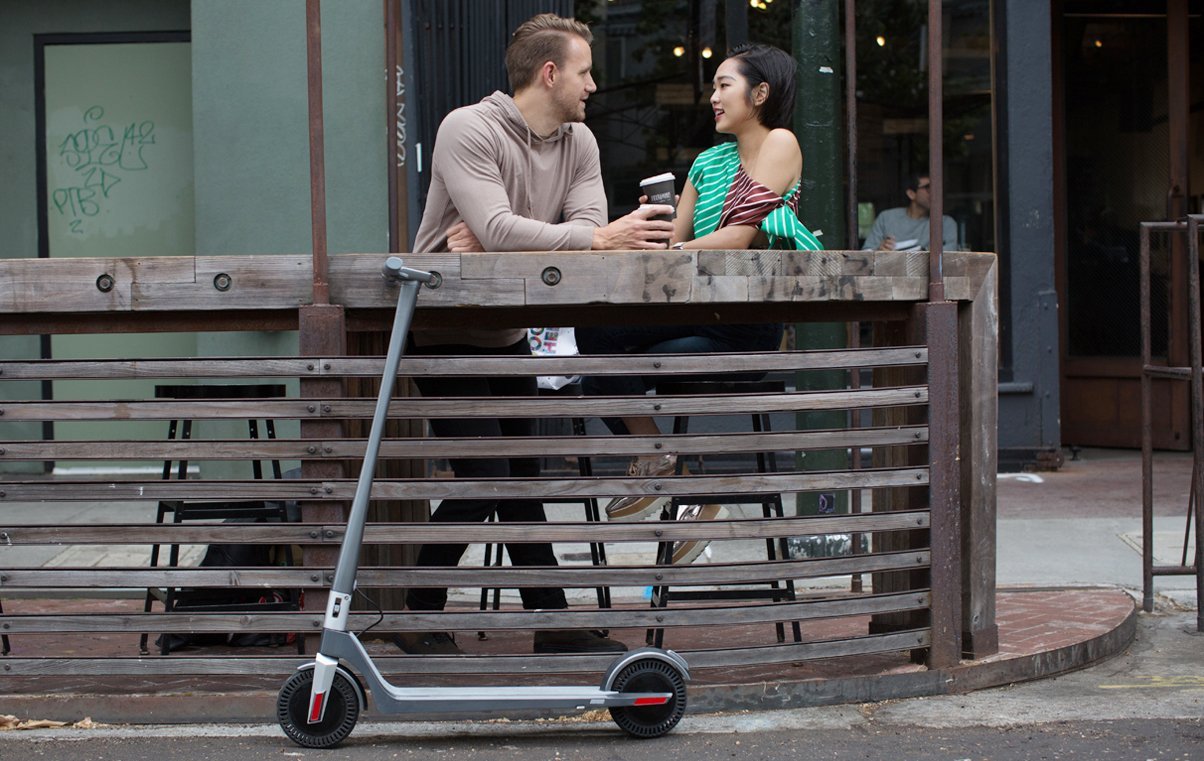 “Nice neighborhood you’ve got there. Sure would be a shame if someone put a highway through it.”

So says the text over the face of Robert Moses in a meme that launched the Facebook group “New Urbanist Memes for Transit-Oriented Teens.” The infamous mid-20th-century city planner has been both praised and blamed for projects that sent highways crashing through communities and helped make the car the dominant form of urban transportation. The environmental impacts of those decisions have become all too clear. But the social and cultural effects are not obvious, perhaps, until we see them next to neighborhoods reconnected not only by the internet, but also by what Populus CEO Regina Clewlaw has called the “micro-mobility revolution.”

Put simply, small, personal vehicles provide opportunities to connect and collaborate at a far more human and intimate scale than, say, the Cross Bronx Expressway. If the age of the car is coming to an end, at least in major cities, then long live the age of Little Vehicles, “not just bikes and scooters, but e-bikes, velomobilies, motorized skateboards, unicycles, ‘hoverboards,’ and other small battery-powered low-speed not-a-cars,” as Benjamin Schneider writes at City Lab. “If cities take them seriously, they could be a really, really big deal. Little Vehicles could significantly erode private car and ride-hail use, and play a key role in helping cities achieve their as of now unattainable environmental and road safety goals.” 2019 is the year—we’re told—when such personalized transportation solutions, especially scooters, take over. The micro-mobility explosion also happens to coincide with the rise of an increasingly mobile class of young creators who value their independence and ability to maneuver quickly through city streets. Street photography, for example, has taken on new life thanks to Instagram and popular celebrity photographers like Riverdale’s Cole Sprouse (who started out, he confesses to Teen Vogue, as a trespass photographer, or “urban explorer”). Currently on the 2019 SXSW schedule is a panel on micro-mobility featuring Clewlow, whose data has shown overwhelming popular approval of e-scooters. As e-scooters see wide adoption, will their use by young artists open up new avenues for creative expression?

It’s a question worth considering as city planners also think about the key role of local culture in urban development. The Global Taskforce of Local and Regional Governments recently concluded that “cities need vitality, meaning, identity and innovation, and citizens need to widen their freedoms.” That includes the freedom to move with ease through neighborhoods, and to explore, celebrate, and create vibrant new cultural forms. Where car culture impoverished many urban communities, isolating people from each other, micro-mobility options like scooters can begin to reverse the trend, bringing people closer together and giving them more opportunities to meet, share, and collaborate.

Micro-mobility will play a critical role in sustainable development by reducing environmental impact and supporting and encouraging more social and cultural cohesion. As the authors of a recent report on local culture put it, “cultural vitality is an absolute necessity to city life because it permeates all spheres of living and lies at the foundation of freedoms, the public exchange of ideas, and societal well-being.” Thriving in rapidly growing and expanding cities will require the kind of personal mobility that also leads to serendipitous connections, breaks down old habits and routines, and writes new urban pathways and networks. The social and the personal benefits are inseparable—the more we connect with our local environments and the people around us, the more we are personally enriched.

The explosion of little vehicles provides more opportunities for exploration, socializing, and creativity by minimizing habit-forming routines and distractions that lead to disconnection. While public transit and autonomous vehicles free us from the burdon of driving, they also free up our hands and eyes to indulge in more screen time rather than face-to-face encounters. Tablets and phones connect us to our work and social networks while pulling us away from the physical environments we live in. E-bikes, scooters, and other vehicles force us to pay attention again. Rather than relying solely on second-hand information from review sites to navigate the city, for example, we can begin to see our surroundings anew, filling in the blindspots of crowdsourcing with firsthand, personal investigations. These observations give added resonance to the buzzword “micro-mobility,” which transcends the current frenzy of competition for market share. As one artist has interpreted the term, “the physical and intellectual navigation's of the places in which we live impact our relationships to them. These experiences are often access points to people and communities that have the potential to raise aspirations, bring inspiration, and participation on a personal and infrastructural level.” To be micro-mobile is to interact at street level, something e-scooters like Unagi enable as personal transportation tools. What that looks like varies so widely from person to person, city to city, that there’s no way to predict what will happen as more people step out of the isolation boxes of cars, buses, and trains, put their phones down, and pay attention to what’s going on around them.

It can be something as simple as taking in the local restaurant you used to drive past on the way to flashier downtown destinations. It can mean cruising through the city and noticing the unique beauty of architecture and public art that seemed like so much faceless scenery rushing by the windows. These small shifts in direction and perception are not isolated; they become part of a cumulative “chain of events/access points” that lead to different ways of being in the world. Even the numbing rigors of the daily commute can be transformed into a daily adventure, and a chance to see your city like you’ve never seen it before.